Proud to be a Cherokee 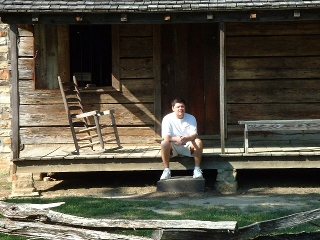 There is no tale of American history more tragic than the plight of the Tsalagi or Cherokee Native Americans.

Join me on my emotional journey to visit and study my ancestral lands and people.

Step back in time with me to see how the Cherokee Nation existed before the infamous Trail of Tears.

Enjoy your journey with the Tsalagi! 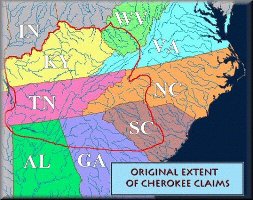 Prior to the European arrival, the Tsalagi / Cherokee Nation lived on the land that is now known as Alabama, Tennessee, Kentucky, Virginia, North Carolina, South Carolina, and Georgia.

After the forced removal of Native Americans onto reservations, known as the Trail of Tears, the remains of the Cherokee nation became scattered across the land between North Carolina and Oklahoma.

First, take a virtual tour of the New Echota historic site in Georgia.

Then, take a virtual tour of the Chief Vann Estate, where the wealthy Cherokee lived up until the Trail of Tears.

The story of the Tsalagi begins in New Echota, Georgia. That is where the very first fracture of the Cherokee Nation began with the 1835 Treaty at New Echota.